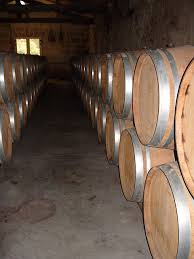 He Macallan whiskey it is probably the best whiskey in the world.

In 1824, Alexander Reid founded in northern Scotland, the Macallan distillery.

Some of the qualities that has this "Scotch" is give thanks to the fertile soil where barley (variety Minstrel) is grown.

The water used in its distillation comes from underground streams of Macallan estate. This water contains the right amount of minerals and salts for the yeast to ferment sugar.

Stills, of 3900 liters, are the smallest of Speyside. Indeed, its size and shape make the most spirited into contact with copper, which gives such rich fruit flavors so characteristic of Macallan whiskey.

This is the most important time of distillation: only 16% of the final distillation is removed from the process to mature in barrels -the 'corte'-: "best of the best."

From the forest to the cellar, the wood from which the barrels are made and the care taken for selection are key in the process. Most boots are manufactured in Spain, with oak ledge Cantabrich, and filled with sherry for months. The rest of American oak barrels are.

The oak gives the whiskey that touch that distinguishes the brand for its flavors, aromas and natural colors-from light oak to dark-mahogany and without using caramel coloring. Thus, the product is called by its color: Amber, Sienna or Ruby.

The boots manufactured in Spain provide aroma and flavor of dried fruits, spices, chocolate and orange. Before filling with new spirits, these boots contain sherry for 18 months and, if you are ready when the grape harvest, must also contain, which impregnates the wood with a distinctive aroma.

The boots that have contained bourbon over 8 years are used for flavors and aromas of sweet citrus, coconut and oak.

Thanks to these factors and the alchemy of the great master, Bob Dalgarno, Macallan series manages to produce, year after year, they have the same consistency: